Don’t worry, we won’t spam you or sell your information.

By signing up you agree to all Terms and Conditions.

The Chandler Project is an independent, non-profit organization 501(c)(3), dedicated to the most common form of dwarfism, achondroplasia (ACH) and other congenital abnormalities.

As our first project, we are currently working on a weekend event dedicated to learning about new research and surgical options for achondroplasia. Our goal is to then turn this into a bigger event where new research and medical advancements are presented for other forms of skeletal dysplasias, including achondroplasia, as well as (or and) congenital limb differences.

Your generous donation will lower the costs of registration for conference attendees and help The Chandler Project for the next conference.

The Chandler Project – Helping Those with Congenital Abnormalities

The Chandler Project was founded in August of 2018 by achondroplasia patient, Chandler Crews. TCP is an independent, non-profit organization 501(c)(3), dedicated to the most common form of dwarfism, achondroplasia (ACH) and other congenital abnormalities.

Crews was diagnosed with achondroplasia at birth in 1993. Throughout the last 25 years, she has had multiple visits to see specialists dedicated to ACH, most of whom she’s had to travel long distances away from her home to see.

In the fall of 2010, Crews made the controversial decision to lengthen her legs, making her gain over eight inches in height. As seen in the image below, this procedure also corrected the severe bowing in her legs that came as a result of having achondroplasia. After her first lengthening, she went on to lengthen her arms and legs again, this time with a new technique where a telescoping rod is implanted into the bone making the procedure less invasive. 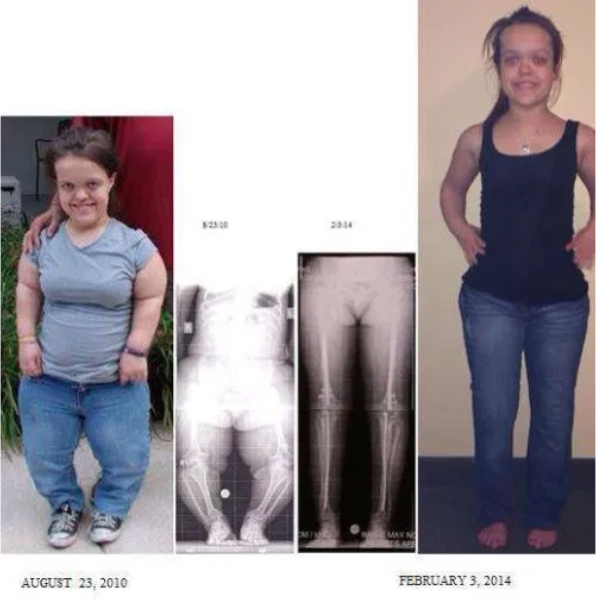 Her function and mobility tremendously improved, but most importantly so did her independence. In the spring of 2015, she was diagnosed with coxa vara, a deformity of the hip that is common with ACH, but goes undiagnosed since the angle of the hips is affected by the bowing of the legs.

Since her first surgery in 2010, Crews has gained an online presence in both the dwarfism community and orthopedic community as well. She has developed a passion for helping others with the same condition as her seek different treatment options for their diagnosis. Most recently drugs have been developed that can help treat and prevent the risks that come with having ACH.

She founded The Chandler Project as a means for patients and parents of children with achondroplasia find the correct resources for themselves and their child.

*Disclosure: This campaign has been created by Charhub’s support team on behalf of The Chandler Project who will be the sole recipient of all contributions as outlined within our Terms. For further details, read our Disclaimer or contact our support team at support@charhub.org

Silver Sponsor’s small sized logo will be on all printed materials at the 2019 Achondroplasia Research Conference. Sponsor will be mentioned in all press materials including:<br><br> Invitation <br><br>Registration Materials<br><br>Event Program<br><br>Event Website<br><br>Logo on all Conference media<br><br>Half page, full color ad in event program<br><br>

Gold Sponsor’s medium sized logo will be on all printed materials at the 2019 Achondroplasia Research Conference. Sponsor will be mentioned in all press materials including:<br><br>Invitation<br><br>Registration Materials<br><br>Event Program<br><br>Event Website<br><br>One page, full color ad in event program<br><br>Logo on all Conference media<br><br>

There are no reviews yet.

Only logged in customers who have purchased this product may leave a review.